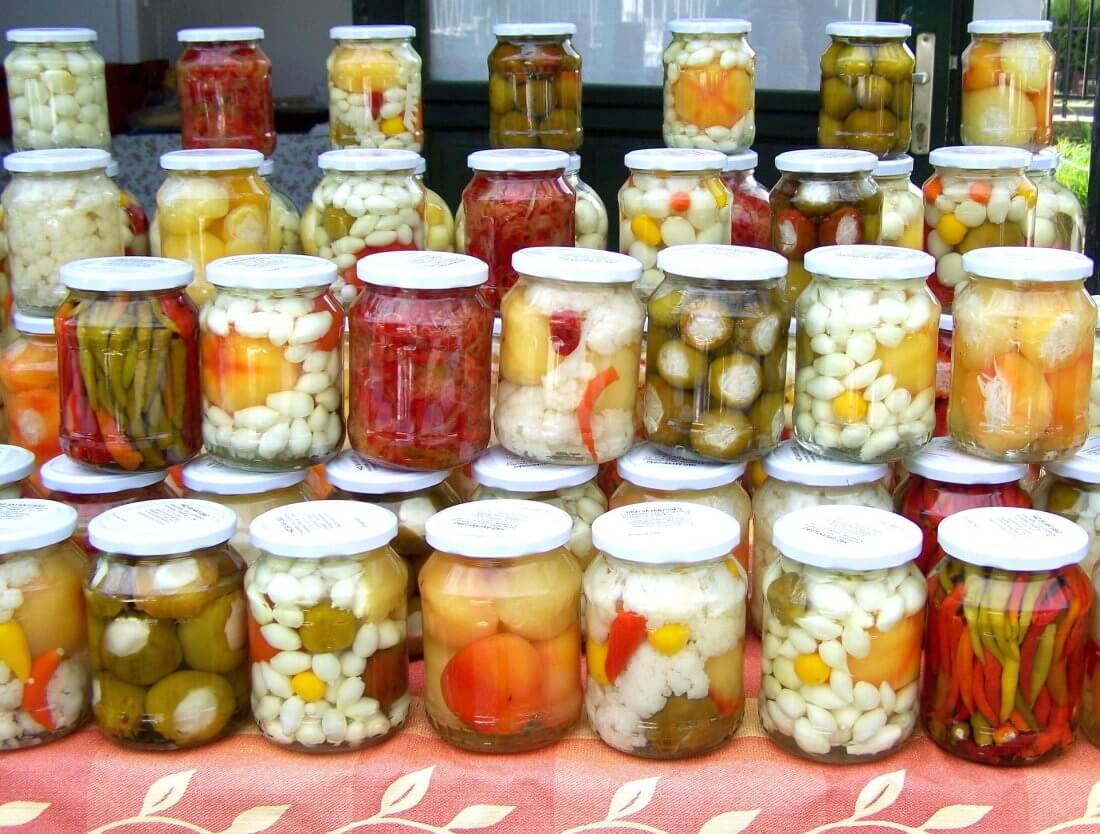 GIARDINIERA: TAKING THE SUMMER TO WINTER

Pickled vegetables are traditional all around the world, each with their own dominant ingredients. In Italy the queen of pickles is la Giardiniera (the female gardener).  All pickles are a variation of vegetables in acid and salt – the basics haven’t changed much since at least 2000bc in the Middle East when the earliest findings of pickled cucumber have been identified along the river Tigris in what was then knows as Mesopotania. Refrigeration being a modern invention, it is obvious why we have for centuries found ways to keep fresh produce for longer. In a way, pickles allow you to take your summer with you, and enjoy it across the seasons – particularly if you grow your own veg.

Each culture seems to bring their own special element to pickling: a Giardiniera for example has quite a considerable amount of olive oil, which balances the sharpness of the vinegar and saltiness. A Giardiniera too will have a very wide selection of different vegetables – which is understandable in a country that has such abundantly diverse summer produce. What you put in it, is somewhat up to you, what is fresh and what is good – peppers, carrots, celery all work brilliantly for example. The vegetables in Giardiniera tend to retain their crunch, so a purist wouldn’t include mushrooms or aubergines for example.  In general is can be eaten as part of a larger antipasto, or as snack with toast, or even mixed with some spelt or rice, as salad (but rinse the vinegar off before mixing it in).  Every nonna will have their own recipe that they pass down through the generations, a friend’s nonna gave us this one.

You are aiming for about 3kg of veg in total, cut in small pieces of similar-ish sizes and rinsed well.

You will need to have sterilised jars at the ready

Combine the liquid ingredients and bring to the boil. Add the sugar and the salt and stir to dissolve. Add the berries and the bay leaves.

As your brine is boiling you will add the different vegetables at different moments. Your aim is for all the veggies to retain their crunch – a little al dente. So depending which vegetables you use, your timings will be different.  Here we start with the green beans for about 1 minute; then the pepper, the carrots and the cauliflower for 2 minutes; finally the celery and the onion, and keep the water boiling for a further 3 minutes, then take off the heat, drain the vegetables, retaining the liquid.

Divide the veggies equally in the sterilised jars, making sure they are quite tightly packed.  Add the liquid to the brim, and close the jars tightly with the sterilised lids.

Stand the jars upside down in a dark and cool environment for 3 weeks, after which you can place them normally upright in your cupboard and eat them for the next 6 months (keep refrigerated once the jar is open